Chief Randy Griffin is a thirty year veteran of the fire service, currently serving as the Fire Chief and Emergency Management Director for the City of Oswego, New York. After September 11, 2001, Chief Griffin was detailed to the newly formed U.S. Department of Homeland Security, in Washington, DC where he worked to develop technologies to protect first responders from emerging threats.  Since 2007, Mr. Griffin has taught graduate coursework in leadership and public administration at Syracuse University’s Maxwell School, and in 2013 he developed the curriculum for the Executive Master Degree in Emergency and Disaster Management at Georgetown University, where he was the first full-time faculty in the program.

Mr. Griffin serves on national boards, including the U.S. Attorney General sanctioned, Inter Agency Board for Equipment Interoperability and Standardization. Mr. Griffin has received numerous awards for his work including that for valor rescuing a victim of a residential fire from the second floor and for distinction in teaching. 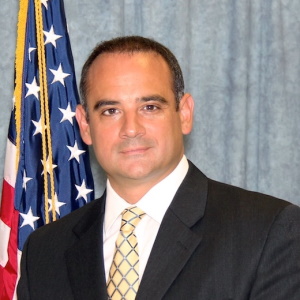