Kemrodge is originally from Ocho Rios, Jamaica. Bell graduated Magna Cum Laude from Eastern Connecticut State University with a BA in Political Science with a minor in Pre-law. During his time at Eastern, he made the Dean’s list every semester, served as the President of the Pre-law Society, Vice-President of the National Association of the Advancement of Colored People (NAACP) ECSU Chapter, Secretary of the Human Rights Club, Peer Mentor, Teacher’s Assistant, and was later inducted to the Pi Sigma Alpha Political Science Honor Society. Most of Bell’s undergraduate work focused on Criminal Justice Policies, as well as other policies that would affect the advancement of minorities.

He will be working as a Research Assistant with the School of Public Policy’s Institute for Municipal and Regional Policy (IMRP). Bell’s ultimate goal is to become an Attorney but believes that an MPA is very imperative for the goals he has set for himself and others. Kemrodge hopes to expand his knowledge through research and help with implementing policies that would better support the advancement of our communities. 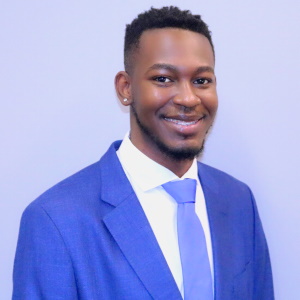