Paul Potamianos has over three decades of professional experience as a public administrator, and has held budgeting roles at the federal and state levels and in both the executive and legislative branches of government. Currently the Deputy Secretary, he previously served as the Executive Budget Officer for the Connecticut Office of Policy and Management, directing and managing the professional staff who perform budget and fiscal policy analysis on behalf of the Office of the Governor. Prior to that, he directed the OPM budget section that has fiscal and program policy oversight for the state’s health and human services agencies. He has also served as a state agency chief fiscal officer and budget director as well as a budget analyst for the Connecticut legislature. He began his professional career as a Presidential Management Intern with the U.S. Department of the Army and had developmental assignments at the Office of Management and Budget as well as with the Library of Congress, Congressional Research Service. He is a past president of the National Association of State Budget Officers, a veteran of Operation Iraqi Freedom, and a multiple finisher of the Boston Marathon. Mr. Potamianos received his B.A and M.P.A. from the University of Connecticut and is a Certified Government Financial Manager through the Association of Government Accountants. 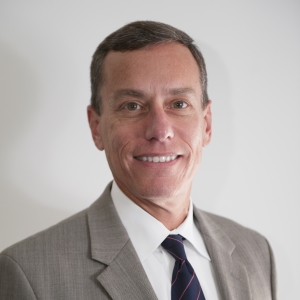