Rob grew up in Plymouth, Connecticut, and is a graduate of Central Connecticut State University. He is currently the Vice President of Business Development and Re-entry Affairs for Career Resources. Over the last twenty years, Rob has worked the full spectrum of social services positions, including Mental Health and Addiction Services, Law Enforcement, Probation, and Prison Re-entry. Prior to joining CRI, Rob was the Senior Job Developer and Media Spokesperson for the State of Connecticut’s STRIDE program, which was a statewide workforce development program for returning citizens. He has built longstanding relationships with the business community as well as various media outlets, non-profits, and state agencies.

As of January 2018, Rob replaced Dan Braccio as the Bridgeport Re-entry Council’s chairperson and also serves on the advisory board for the Bridgeport Mayor’s Initiative for Re-entry affairs (MIRA). In the fall of 2018, Rob was chosen to serve on the Criminal Justice committee of Governor Lamont’s transition team.

In 2020 Rob joined the policy planning committee of the Connecticut Reentry Collaborative and also joined the faculty of UConn’s Encore program.

He has lived in Naugatuck with his wife Katie and daughters Amaya and Brooklyn since 2011. In his downtime Rob is avid sports fan and can be found traveling the Connecticut Wine Trail or vacationing in Cape Cod. 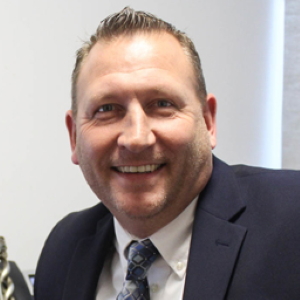