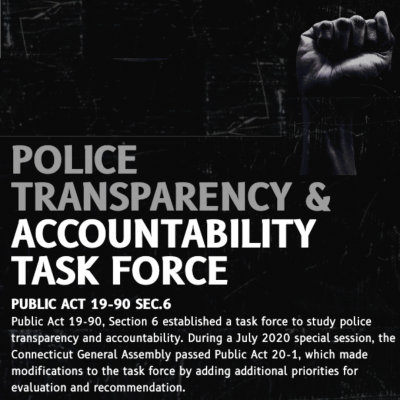 In January the Institute for Municipal and Regional Policy’s (IMRP) Police Transparency & Accountability Task Force (PTATF) issued its final report of recommendations. After two years of evaluating how the State’s police do their jobs, their report was unanimously approved.

The Force’s proposals was sent for consideration at the start of this year’s legislative session, which began Wednesday. Their recommendations include:

The Force includes police officials, reform advocates and a representative of people with disabilities. Earlier this year the report was covered by the Associated Press.