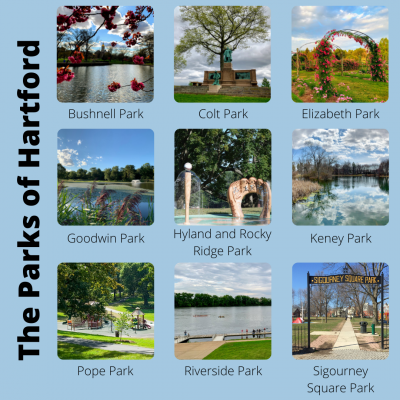 This weekend we took a tour of Hartford’s beautiful parks! Here’s a recap of some of the parks greatest features!