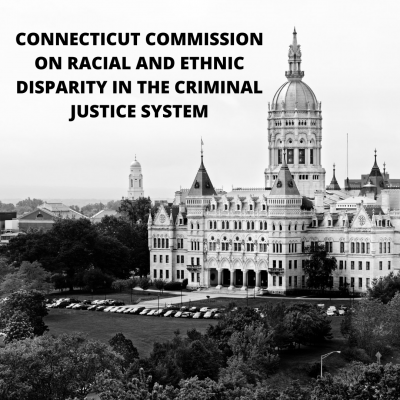 Consisting of criminal justice stakeholders in Connecticut, the Connecticut Sentencing Commission is staffed by the Institute for Municipal and Regional Policy’s (IMRP). The Commission includes:

Informed by stakeholders, the Commission aims to adhere to the best legal and evidence-based research and practices. Last month the Commission forwarded several legislative proposals to the Connecticut General Assembly for consideration.

One proposal looks to repeal the statutory provisions that allow the Commissioner of Correction and Attorney General to assess incarcerated individuals for the costs of their incarceration. Under current law, the state has a claim for incarceration costs against any property owned by a formerly incarcerated person. This includes lottery winnings, estate, inheritance, and lawsuit proceeds won within 20 years of release from prison. This is in the amount of the cost of incarceration, or 50% of the net proceeds, whichever is less.

Last year, the Sentencing Commission introduced and successfully passed major reform to sentence modification, a process that gives judges discretion to re-evaluate and modify a criminal sentence. Under previous law, defendants had to obtain prosecutor approval for the court to hold a modification hearing when the defendant’s sentence exceeded three years. Last year, the General Assembly passed Public Act 21-102, which removed the prosecutorial approval requirement for modifying of any plea-bargained sentence of seven years or less of incarceration after a hearing and a showing of good cause. In addition, those defendants whose sentence is a result of a trial are now allowed to move for sentence modification without a prosecutor’s agreement, regardless of sentence length.  This year the Sentencing Commission seeks to make the changes passed last year retroactive.

The Commission has also introduced a proposal to expand voting rights to everyone incarcerated excluding those convicted of life without possibility of parole. The proposal also addresses logistical challenges that incarcerated people face when voting.

Finally, the Commission introduced its proposal to improve the sex offender registry proposal. Special Act 15-2 required the Commission to provide recommendations to the Governor and Connecticut General Assembly after studying sex offender sentencing, registration and management system.  After several years of rigorous study and discussions with multiple stakeholders – academics, practitioners, victim advocates, as well as state and national experts on this subject, the Commission has made several proposals to improve the registry for the last several legislative sessions. This year, the Commission’s proposal provides for a removal mechanism off the registry for some, and gives discretion for judges to place registrants on the law enforcement-only registry rather than the public registry at the time of conviction.

The Commission is continuing its study on mental health, pretrial release and detention and disparities in the criminal justice system.