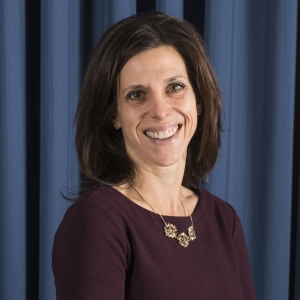 UConn School of Public Policy (SPP) Professor Jennifer Dineen will be presenting at the Center for Ethics in Society at Saint Anselm College later this month. She will be discussing joint work with Professor Kerri Raissian at the Ethics, Law, and Social Science of Self-Defense and Firearms workshop. The two co-direct the Gun Violence Prevention Research Interest Group (GVP-RIG) with Professor Mary Bernstein.

Jenn was featured twice on Connecticut Public Radio / WNPR this year. In June she talked about the GVP-RIG, which is looking at solutions to gun violence. GVP-RIG is part of UConn’s Institute for Collaboration on Health, Intervention, and Policy (InCHIP). Recently in October, she was on the Colin McEnroe Show to discuss the impact of public opinion on policy in the United States.

This month Jenn and Kerri will edit a special edition of the ANNALS dedicated to gun violence prevention with  Professor Cassandra Crifasi (John Hopkins University). Their guest edited volume will look at America’s gun violence problem and be entitled “Gun Violence in America: What Works and What is Possible”.

Earlier this year the duo were featured by the Connecticut Health I-Team, where they discussed their study on why doctors are not routinely addressing gun safety as a public health problem.

Following the mass shooting at Greenwood Park Mall in Indiana, they published a piece in Newsweek entitled “Good Guys with Guns May Be Heroes – But They’re Not Our Solution.” Their piece addressed the increase in gun deaths, but also the fact that America has more guns.